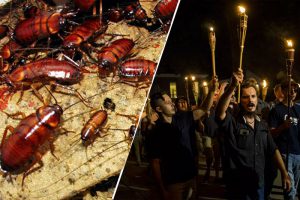 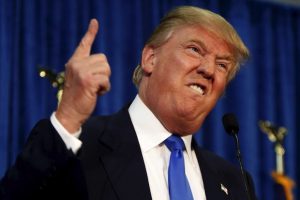 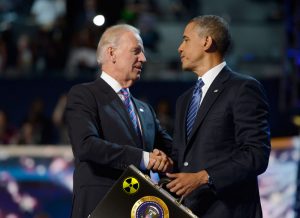 The FBI released a blockbuster report in which it was revealed that the Secretary of State’s real offense was in using an AOL email address for state business.

“This will come as a shock to Congress,” said F.B.I. director James B. Comey, “but disks you get in the mail aren’t the most secure information technology infrastructure for a government to use.”

The State Department, like nearly all branches of the US Government, transitioned to email back in the 1990s when defense contractor America Online sent “secure CD-ROMs” to everyone’s office on Capitol Hill. Because of ongoing budget cuts and the fact that IT managers have long since tired of explaining what “IT” is to generation after generation of technologically ignorant Congressmen, there has not been a substantial upgrade since.

“The disk said it was Platinum Premier edition,” said Pennsylvania Congressman Francis Alard, who was first elected in 1992, scratching his head and staring at the large boxy beige computer monitor dominating his desk. “And the disk said ‘America’ right there on it, so I assumed it was official.”

“We could understand using Hotmail,” said Comey. “I mean, we’re not asking for Gmail level sophistication here. But AOL? Did you know that AOL mailed those disks around the world? Every government from Myanmar to Timbuktu got their hands on those sparkly little CD-ROMs.”

Despite the faux pas, no security breaches or leaks of classified information have been traced to Clinton’s former use of the AOL service.

Congressman Trey Gowdy, chairman of the Benghazi committee that has been hounding Clinton for years, had no comment. His office directed reporters to his official email address, the_real_trey_gowdy@aol.com. 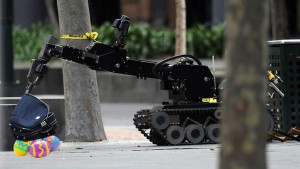 The unrepentant terrorist commonly known as Peter “Boom Boom” Cottontail has once again strewn his dangerous wares in yards around the nation, causing widespread panic and pushing bomb squads to their limit as local law enforcement struggles to deal with the situation.

“Cottontail’s predictable, we expect him to strike according to his own bizarre calendar,” said Lieutenant Karl Lowry of the Chicago PD. “Every year, first Sunday after the first full moon of the Spring season. But this year it seems especially bad. Damn things are everywhere.”

Cottontail is known for his colorful bombs, which are garishly decorated and about the size and shape of an egg.

“They’re not usually well-hidden, but there are so many of them,” groused Lowry, grimacing as he watched a bomb-defusing robot carefully scoop a handful of the treacherous orbs into a kevlar-lined barrel. “We just don’t know how the bastard does it.”

Most perplexing to law enforcement is the fact that, although millions of the ovoid explosives are deposited in suburban lawns around the nation in literally a single night, Cottontail is commonly thought to work alone.

Although none of the orbs has ever exploded, law enforcement officials stress that families should stay indoors until the hazardous objects have been removed and disposed of properly.

“The worst part is how colorful and pretty the things are,” said Evelyn Wemple, a mother of three who stood huddled on her doorstep watching the bomb disposal unit tramp over her lawn until they gave the all-clear sign. “It’s almost as if Cottontail is trying to lure children to find them. What kind of sicko does that sort of thing?”

Thanks to years of practice, the bomb disposal teams across the nation expect to have the nation’s yards cleared of the fiendish devices by the end of the day.

“Until that time, we recommend everyone keep their kids indoors and away from anything colorful and egg-shaped,” said Lowry. “Can’t be too careful these days.”

The ATF conducted a raid on an illegal meme factory operating out of Boise, Idaho, killing nine and releasing hundreds of animals with ironic expressions and headgear into the wild.

“Memes have become so profitable that even Mexican drug cartels are getting in on the act,” said ATF spokesperson Claude Owens. “It’s brutal.”

Meme production used to be essentially a cottage industry, with individuals attaching ironic or charmingly misspelled taglines to compelling pictures of their pets or favorite stills from movies or TV shows. In 2015, however, memes were a $540 million business in the US alone.

“The real money’s overseas,” said Owens. “Haz cheezburger is old news now. But as soon as unscrupulous memists realized that the damn cat could also haz chips, or curry, or dagashi, all bets were off.”

Humanocentric memes are more difficult to police, especially as they often involve identify theft as a money-making caption is added in Impact to a casual picture grabbed off someone’s inadequately protected Facebook page without their knowledge. But an estimated 60% of memes are still animal-based, with half of those being cats.

“Cats are cheap and easy to get,” said Owens. “You get a thousand cats, stick a thousand bits of fruit on their heads and take pictures, something’s bound to be funny.”

The animals in the meme factory are being shipped to Guantanamo Bay, where the cute ones will be separated and sold to Jimmy Fallon and the others will be eaten.