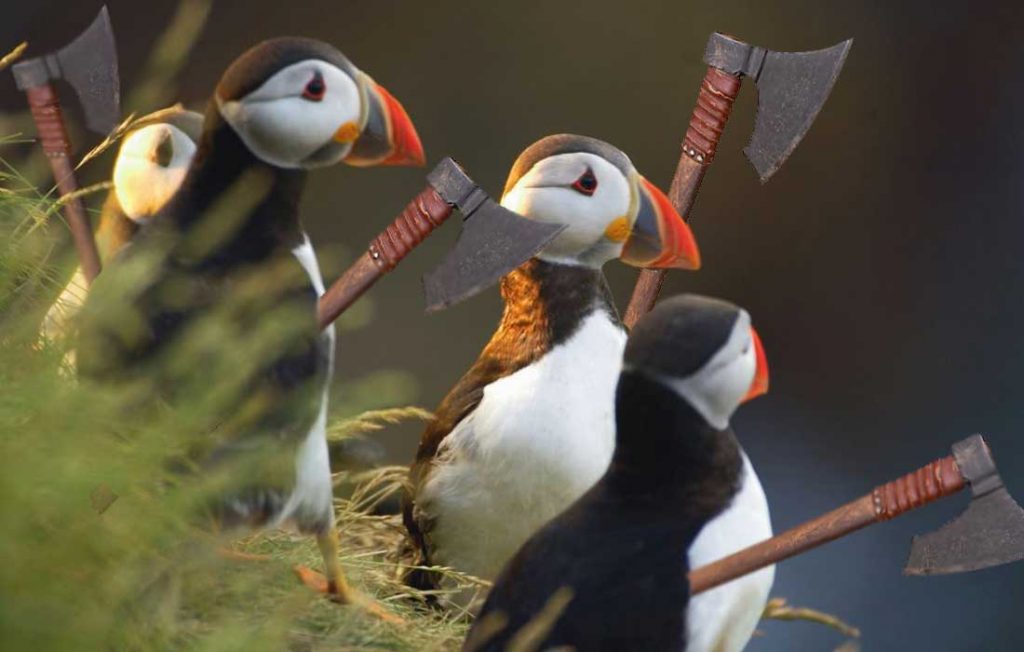 Sick and tired of their natural habitat melting away while the world debates whether global warming is politically convenient, arctic fauna everywhere have apparently decided that if the ice floes vanish, they’re gonna goddamned take over further south.

“The little fuckers got organized,” said frantic Maine resident Jean Snow. “They got drill sergeants and banners and trumpets and little fucking axes. Bastards will take your kneecaps off if you let them!”

Biologists raised a collective eyebrow at the sight of organized hordes of heavily armed arctic waterfowl swamping outlying towns along the northern borders of Canada and the US, but said there’s little point in studying the phenomenon or doing anything about it.

“There’s no money for field research, and if there were, there are no policymakers interested in reading about research,” said Harvard biology professor Gunther Yott. “And frankly I’m rooting for the puffins.”

Observers speculate that early reports of individual, starving polar bears and seals and whatnot were actually part of a deliberately staged intelligence gathering strategy. The polar bears now seen are wearing kevlar and carrying surface-to-air missiles.

When asked about the invasion, a White House representative scoffed at the notion that puffins are real.

“I wasn’t born yesterday,” sneered the staffer. “That’s a Photoshopped penguin if ever I saw one.”