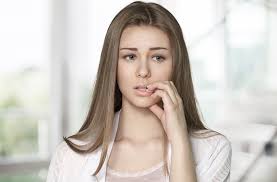 Karma’s, like, a thing that ensures justice for all living things, not just humans, right? What goes around comes around. Oprah said so, and so did Gwyneth Paltrow, though Oprah said it better. So I’m pretty sure that this turkey whose carcass we carved up deserved everything it got.

I mean, I’m not sure what kinds of crimes a turkey might commit. Maybe it was a carjacker, or an attempted carjacker. I know turkeys can’t drive. Come on, that’s silly. But it could still, like, attempt to carjack someone. And an attempted crime is basically the same thing as a regular crime, right? I mean, if you try to rob a bank and don’t get any money, you’ll still be arrested. So I’m pretty sure that even though this bird probably didn’t accomplish all that much evil in its life, it must have tried all kinds of shady shit.

Or maybe it was a reincarnation thing. I know reincarnation isn’t in the Bible, but that’s just for people, right? It just makes sense that animals have a different thing going. Maybe it was some kind of serial killer tiger, or one of those birds that drops a rock on bald people’s heads because it thinks they’re a turtle, or maybe just a raccoon that was like a total asshole. You know what jerks those little trash pandas can be, don’t you? That seems more likely. The turkey itself may not have had much chance to commit any crimes while cooped up in a turkey farm, but it must have been paying for something serious in a past life.

I wonder if its ghost is watching me pick meat off these bones to save for that chili I’m gonna make Sunday. It’s probably judging me, because I’m crap at this and anyway the recipe comes off the back of a chili mix packet, and it’s not even name brand, it’s a Kroger brand mix. That’s right, bird, your ultimate fate is to be ineptly picked to bits so you can be dumped in a crock pot with supermarket brand chili spices and then people probably won’t eat it anyway.