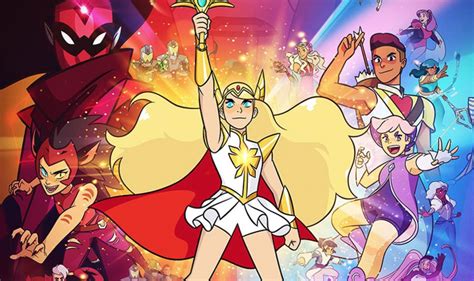 Art “Red” Hammond, a self-described ‘nearly professional reviewer,’ has just published the 58th video on his YouTube channel explaining why he doesn’t like the Netflix animated show “She-Ra and the Princesses of Power,” and why nobody should ever watch the show.

“I have nothing in particular against the show,” he said, noting that his channel also had at least three videos critiquing The Force Awakens. “It’s just that its flaws are so obvious that every episode needed to be explained and ridiculed in minute detail. It’s basically what any pop-culture critic would have done.”

The popular Netflix show has been widely praised for its solid storytelling, messages of empowerment and empathy, and positive portrayals of LBGTQ characters.

“I have no problem with gay people,” insisted Red. “It’s really typical of social justice warriors to just assume I’m some kind of bigot. It’s not about that at all. All I’m saying is that Noelle Stevenson doesn’t understand how to build a convincing narrative, that her characters are implausible and don’t behave like they should, that the art style represents a real cultural decline in American animation, that She-Ra’s sword is implausibly large and would not be an effective weapon, that her flying unicorn Swift Wind has an insufficient wingspan to achieve any altitude, that the kingdom of Bright Moon would not rally around any princess, no matter what superpowers they possess,  and that nobody wants to watch a show about gay people anyway. And they don’t even say they’re gay! That’s the pernicious part. You’ve gotta label that stuff.”

Although he was not alive when the first She-Ra show aired in the 1980s, Red insists that the “cultural impact” of the original has been significant and deserves a “spirited defense.”

“I’m just giving this show the same critical evaluation I would do for any other cartoon,” Red insisted. “They had a perfectly good fantasy property about rainbows and unicorns and magical princesses. Why’d they have to gay it up?”