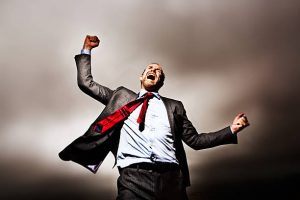 On August 21, the nation donned cardboard mirrored specs, stared into the sky for a while at a celestial event, and said “meh.”

“The effects were boring,” said Trey Fasslow, angrily slurping some sort of caramel frappucin0. “Nothing even exploded. Frankly, I’m way beyond disappointed.”

The people at Quinnipiac, tired of surveying people about the daily flaming trainwrecks of the Trump administration, asked people what they thought about the eclipse instead. Spoiled by multimillion dollar spectacles from Marvel and Disney, survey respondents found that the sight of the moon blocking the sun was barely worth the trouble of skipping work.

“Whatever America paid for this, it was too much,” said Fasslow, throwing his half-drunk latte on a passerby in disgust. “It’s no wonder we have such a huge national debt.”

NASA denied paying anything for the eclipse. Naturally, an anonymous White House spokesman promised a “full investigation of those deceitful NASA eggheads.”

This reporter tried to come up with a dramatic conclusion, but like the eclipse, this story is vaguely disappointing and you are probably sorry you clicked on it.

“At least you didn’t need special glasses to read it,” said I.