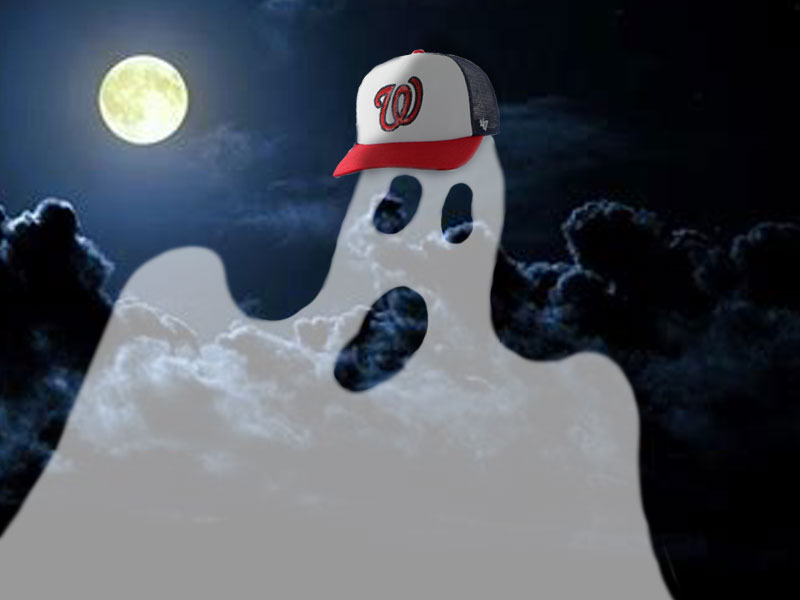 President Trump was astonished to learn that the Washington Nationals baseball stadium is heavily haunted.

“I heard all those boos, and I thought, what the hell’s going on?” said the president in a news conference about a completely unrelated subject. “There musta been a hell of a lot of ghosts there, I’ll tell you that.”

The president learned about the haunting from Fox News, which explained in a post-game analysis that the loud, sustained chorus of boos from the crowd of over 40,000 at the World Series game was not in response to the image of President Trump on the Jumbotron, as other fake news media outlets reported, but due to an excess of ghosts.

“It’s Halloween soon,” said Brian Kilmeade on Fox and Friends, the daily televised intelligence briefing for the president. “Ghosts get really excited around this time of year. It’s perfectly normal.” Also, Kilmeade reassured the president that nobody saw the ghosts because ghosts are invisible. “It’s just ghost science,” he said. Kilmeade put on a pair of glasses when he said this, to emphasize how scientific this information was.

Fox News experts are struggling a bit to explain why the ghosts started booing only when the president was announced, but the president was reportedly relieved to hear that actual, live Americans were not in fact expressing their vocal displeasure at him.

“We gotta do something about all these ghosts and crap,” he said. “I tell you, hold the next World Series at a Trump property, there won’t be any boos, believe me.”